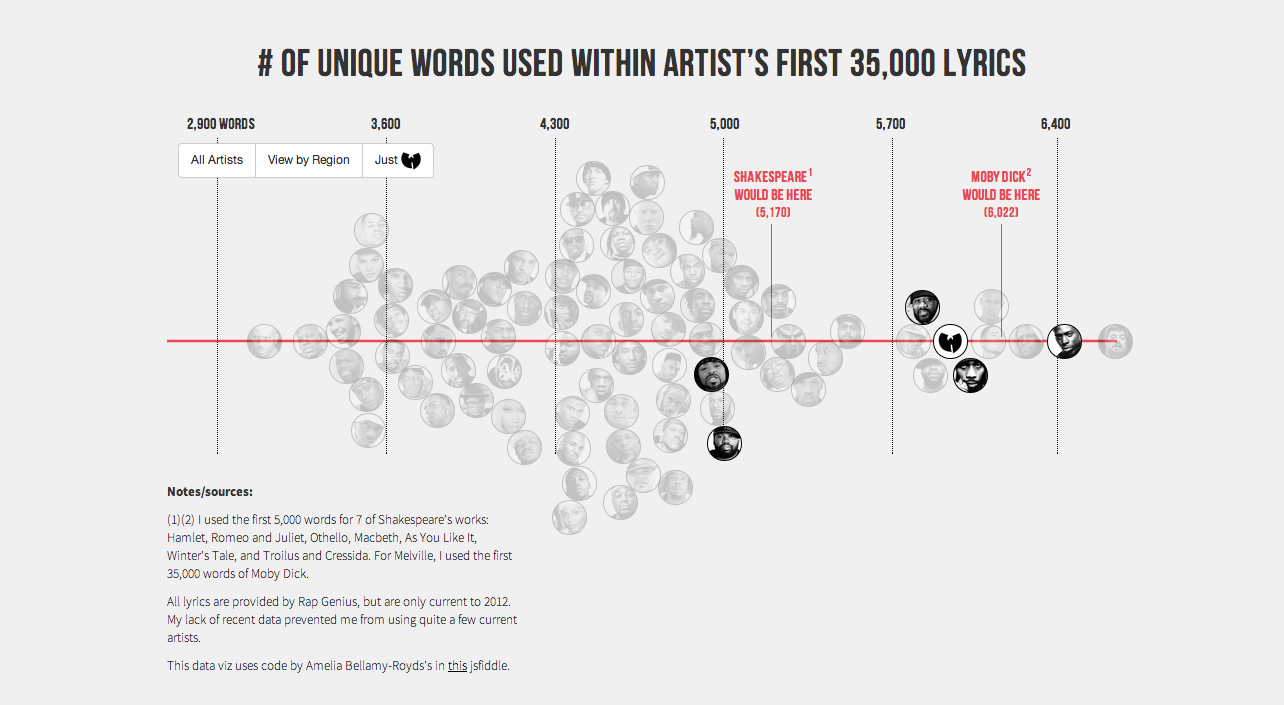 Now this is cool: Matt Daniels, a "a designer, coder, and data scientist living in New York City," has used his crafty data analytics skills to compare the lyric-writing habits of eighty-five hip hop artists. Specifically, he looked at the frequency of unique words among the lyrics. Aesop Rock takes the crown, far exceeding many other lyrical geniuses, like MF DOOM, Mos Def, and members of Wu-Tang Clan and De La Soul.
No comments:

Paradise De-Fragmented: An Interview with Christina Willatt of Wormwood


Wormwood is a dream-inducing IDM duo from London, Ontario. They released their debut album in 2013 before signing with Austin-based label punctum records in preparation for their upcoming Microdot EP. Vocalist Christina Willatt and I swapped a few emails to talk about her lyric-writing process and Wormwood's compositional approach. 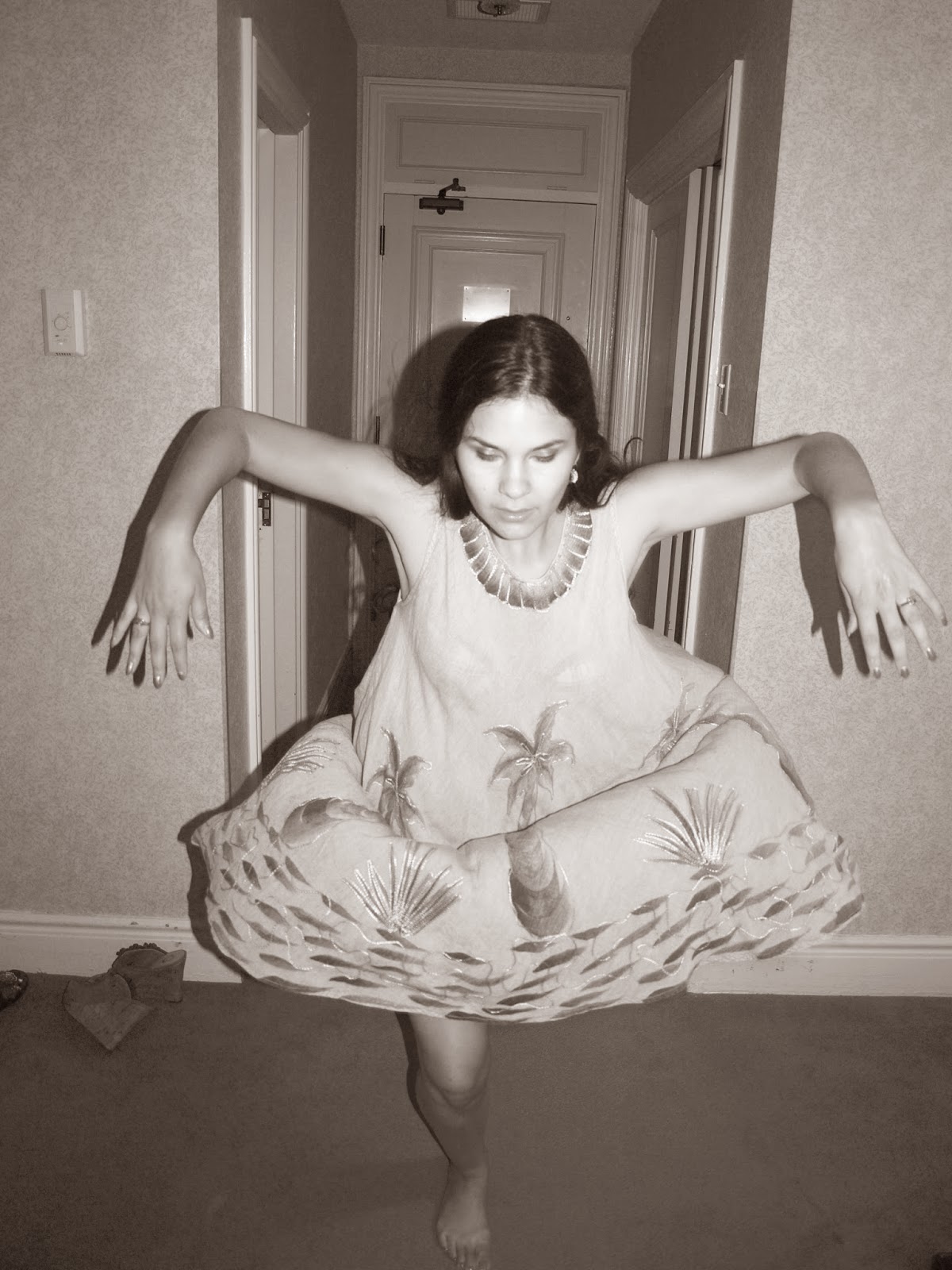 
Andrew Doty: How did Wormwood form? How did you meet Andrew [Wenaus]?

Christina Willatt: Andrew and I met in high school and started experimenting with home recording, electronics, and songwriting. None of these experiments were intended for public release, but over time, as these experiments started to sound good, we decided to release Sunfloating, an album of material we had worked on from 2009–2013 (though "Utopia" was 2007). Originally, we wanted to combine our love of instrumental electronic music and musique concrète textures with poetry/lyrics. We were and are always fascinated with the idea of playing with song form. Typically, we approach each song in its own terms, so some may have a freer or through-composed nature ("Sunfloating"), while others resemble more conventional pop song forms ("Jawbone"). Most of the poems are written before we start working on the music. Then I sculpt them to fit our formal plans and the feel of a song as it begins to take shape. I tend to write a lot of poetry in fragments and short forms, so often one song will be an amalgam of pre-existing texts. "Leaves Like Lemons," for example, was made from two poems. The longer makes up the verses, while the shorter is the chorus. In "Jawbone," the text is comprised of fragments from three poems, combined with a list of words, all of which relate to the word "carry;" this process was inspired by British writer Jeff Noon's Metamorphiction (a writing technique that remixes text). Usually I am trying to create a unified whole out of fragments.

"Know Your Onion!" by The Shins


Americans coined the term “know your onions” in Harper’s Bazaar in 1922. To put it simply, it means you know your shit. The Shins’ 2001 single "Know Your Onion!" is an interesting tale of a person peeling their layers away and coming to a conclusion about theirself.

This song is an ode to everyone who’s not quite sure where they are and where they want to be. I’m not going to sit here and analyze every word in this song, but I want to focus on one part I love:

Even though this is my favorite verse in this song, I get such a feeling of anxiety and sadness whenever I hear it. That feeling where your heart jumps into your throat and you realize that you’re alone in this world and you need to depend on yourself before others.

Mercer’s imagery of the weight we put on ourselves is so subtle yet means everything. Who hasn’t had a moment like this in their life? I know I struggle with it every day. It seems that we get kicked when we’re already down, but that’s when you have to cave in and pick yourself back up.

I can go on forever about the lyrics of this song and on this album, as well as (gulp!) feelings; instead I’ll leave you with the official video for "Know Your Onion!" and this link to SongMeanings for a great explanation of the lyrics.

In the official video, Mercer is playing God (er—a higher being) in these scenarios and helping the humans (dregs) get through the stressful parts of their day. Watching Mercer dispatch a Dog (aka The Voice of God) to help the humans out in their everyday struggles and helping them succeed is pretty hilarious! As we know, God (er—a higher being) would be too great to meet in the flesh, and we would explode, so he hires a cute dog. Amazing! 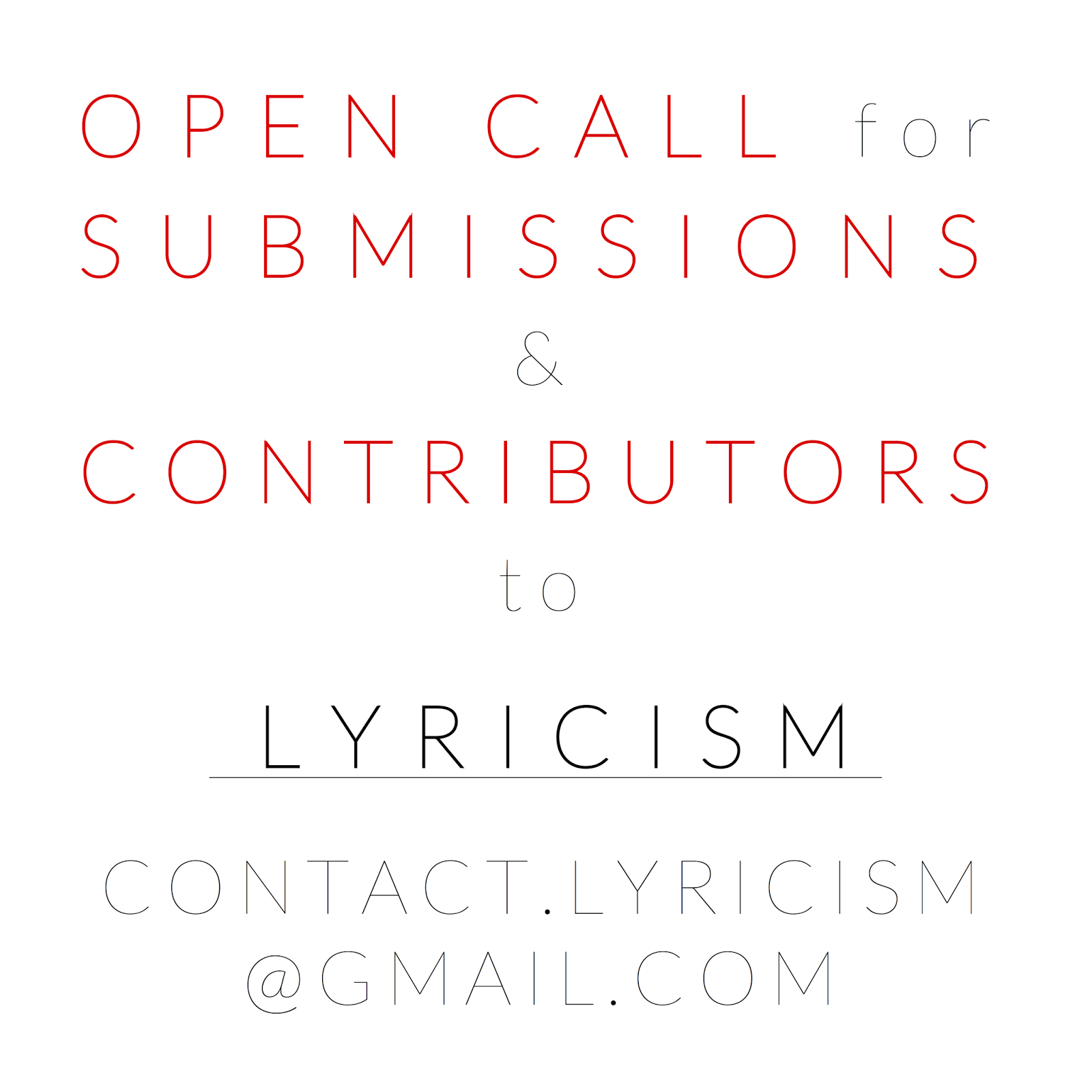 Lyricism is now looking for submissions and contributors for reviews, reports, interviews, critiques, news, or any other content related to lyrics. For more information on what we will accept, see our About page.
No comments: 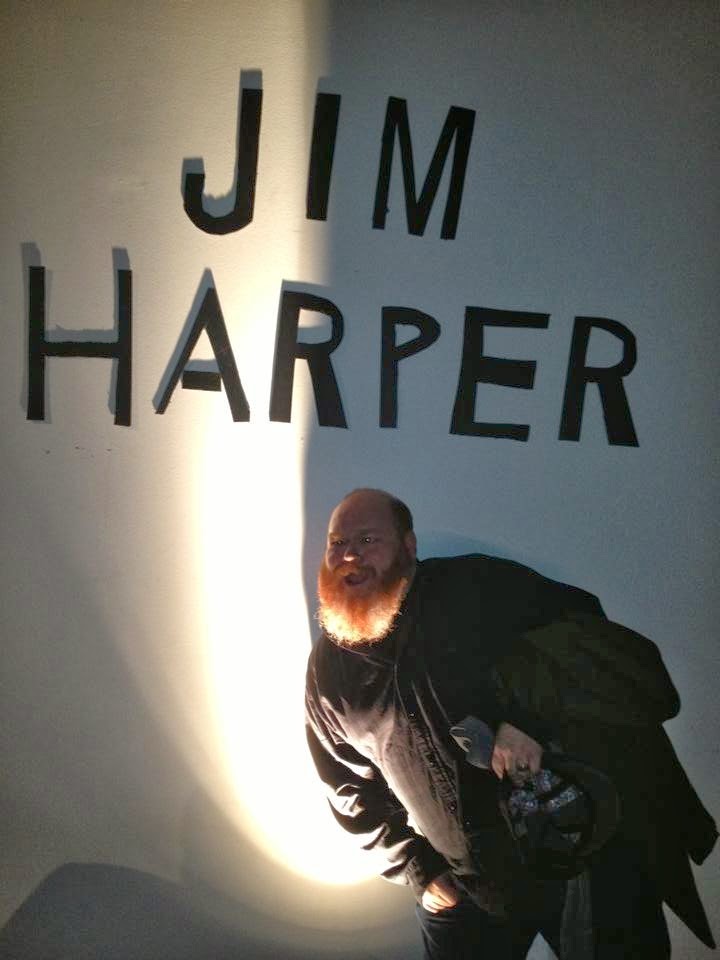 Jim Harper is the father of Boxing Clever Records, a recent addition to the St. Louis ad agency Boxing Clever. We sat down with a bottle of bourbon to talk about his experiences in music and what led him to the crazy idea of starting up a record label.


Andrew Doty: A couple of weeks ago, we talked about some of the bands you were in. You started playing in stuff in high school?

JH: I've played drums since I was five; I started in big band and swing. And then, I don't want to say I got bored with it, but just like anybody else, I started doing other stuff, and going to school, and whatever. And early college, it was kind of one of those things where it's like, "Don't you have drums or something?" "I don't know, I think?" But I didn't, so a friend of mine gave me his, and of course, I never gave them back. I was at that age where when someone lends you something, you never give it back. And so I had a pair of real thin ultra-tiger-stripe drums. The same kit Bobby Brady got in the Brady Bunch from his dad, or whatever. Started playing with that. Yeah. It's terrible.

AD: What kind of music was that first band?

St. Louisans have a number of hometown bands to be proud of. Kentucky Knife Fight has been at the forefront of the local scene for a number of years, but that hasn't kept them from several national tours and opening slots for Reverend Horton Heat, Jason Isbell & the 400 Unit, and Pokey LaFarge, among others. The band just finished an intense tour fresh off the heels of losing their beloved van to theft and destruction, but singer Jason Holler says that despite that worrisome start, it "can only be described as our best tour yet. No questions. It was amazing. I'm still slightly in shock. " Lyricism editor Andrew Doty talked with Holler recently about lyrics, music, poetry, and voice.

Andrew: I'd like to start discussing your lyrics way back at the beginning of Kentucky Knife Fight, while you were beginning to cull a loyal following in Edwardsville, IL. If I remember correctly, you were a student at SIUE then taking writing classes when you penned "Got My Heaven," one of KKF's first encore-ready crowd-pleasers. Who influenced you lyrically then, and what sorts of writing have you found new admiration for over the years as you've honed your own penmanship?

I first poured out my heart in this post about Mew at Star Maker Machine. It is copied verbatim here, but you should head over there anyway to have a look around, because it looks very nice, and they've really done a great job with the place.


This song is always the first that comes to mind when I think of snow songs. I have to admit, that's not very often, nor had I ever even considered the existence of a genre such as "winter pop" until I scoured the internet comments and forums for discussion of this song.

The ever-enlightened, scholarly groupmind of SongMeanings repeatedly amuses a connection to cocaine, but I can't find anything in the lyrics that clearly prompts such an interpretation on a basic level. With hints of depression, failed communications, a frustrating relationship, and the importance of the season's change, this song is an unreceived broadcast to a partner with Seasonal Affective Disorder.

Mew's homeland of Denmark has a relatively cool climate with heavy, wet winters, during which the daylight time dwindles to just about seven hours—not nearly long enough to even get to enjoy a single, cold moment of sunshine for those of us running on U.S. cubicle work hours. Seasonal Affective Disorder can carry a person's mood quickly into a new personality, a slow shift that grinds the gears of a relationship's communications.

Things end on a sour note. The singer's "arms retreat," as the option of immediate reconciliation fades, and the only option is to try again on another day: "I'll find you somewhere / show you how much I care / know that there is no / escape from my snow brigade."

This was the first Mew song I ever heard, and it turned me instantly into a fan. Although the album I've most fallen in love with (2009's No More Stories Are Told Today I'm Sorry They Washed Away No More Stories The World Is Grey I'm Tired Let's Wash Away) sounds very little like other entries to their catalogue—including this song—both styles fit with their own moods, allowing me to enjoy Mew on even more occasions.

Singer Jonas Bjerre's voice carries the same shrill, tenuous beauty of a tightly-tuned violin string, simultaneously raising the listener's hackles and petting them on the head. This is undoubtedly the first thing that catches the newcomer's ears, but underlying musical experimentations that combine, at times, elements of progressive metal, ambient, noise, and indie pop should not go unappreciated.

Capable of producing albums of catchy singles, like 2003's Frengers, Mew also demonstrates clear understanding of the capability of the album itself as a limit, as No More Stories... and their 2005 album And the Glass Handed Kites both construct single-song façades through the use of song transitions and titular divisions.

Taking theme to the screen as well, Mew enlisted the aid of director Martin de Thurah to deliver a trio of music videos for singles on their release of No More Stories...: "Introducing Palace Players," "Repeaterbeater," and "Beach."

Good news, everyone! Lyricism is going to see lots of new content in 2014, including some site redesign (courtesy of the whiz kids at Boxing Clever and Boxing Clever Records), monthly interviews, and more lyrics than you can shake a stick at.

Featuring loads of new contributors, we'll keep things interesting with content from every genre we can fit in and as much media as our technological prowess can muster.

Plenty in progress at this moment, but for now, we hope we can sate you with a few minutes of amusingly misheard lyrics from 2013.

Today's post is essentially just a redirect to a post I just put on on Star Maker Machine about Peter Bjorn & John's "It Beats Me Every Time" from their 2004 album Falling Out. CHECK IT OUT.

"Only Hell Knows" by Vader

From their 2011 album Welcome to the Morbid Reich, Polish death metal bands lends us their sly commentary on religious aptitude for war, killing, and torture:

Sounds like Vader is calling some Christians hypocrites: "Killing in the name of a god is hellish."Not exactly unique for a death metal outfit, but at least they're backed up by some solid research. But is it more metal than that cheerful old hymn from the Christian canon There Is a Fountain Filled with Blood?

graph from The Religious Dimensions of the Torture Debate, an analysis by the Pew Forum on Religion and Public Life, a project of the Pew Research Center